I designed and built the front end of Texas State’s first responsive homepage in the fall of 2015. At the time it attracted about 1.2 million views each month.

The Texas State homepage hadn’t been updated since 2009. It utilized a condensed, “above the fold” approach and wasn’t optimized for mobile devices. Brand elements, color, and typography were dated or not systematic, and there was a heavy reliance on image snippets to achieve design objectives. Students and younger employees would frequently say a change was overdue. 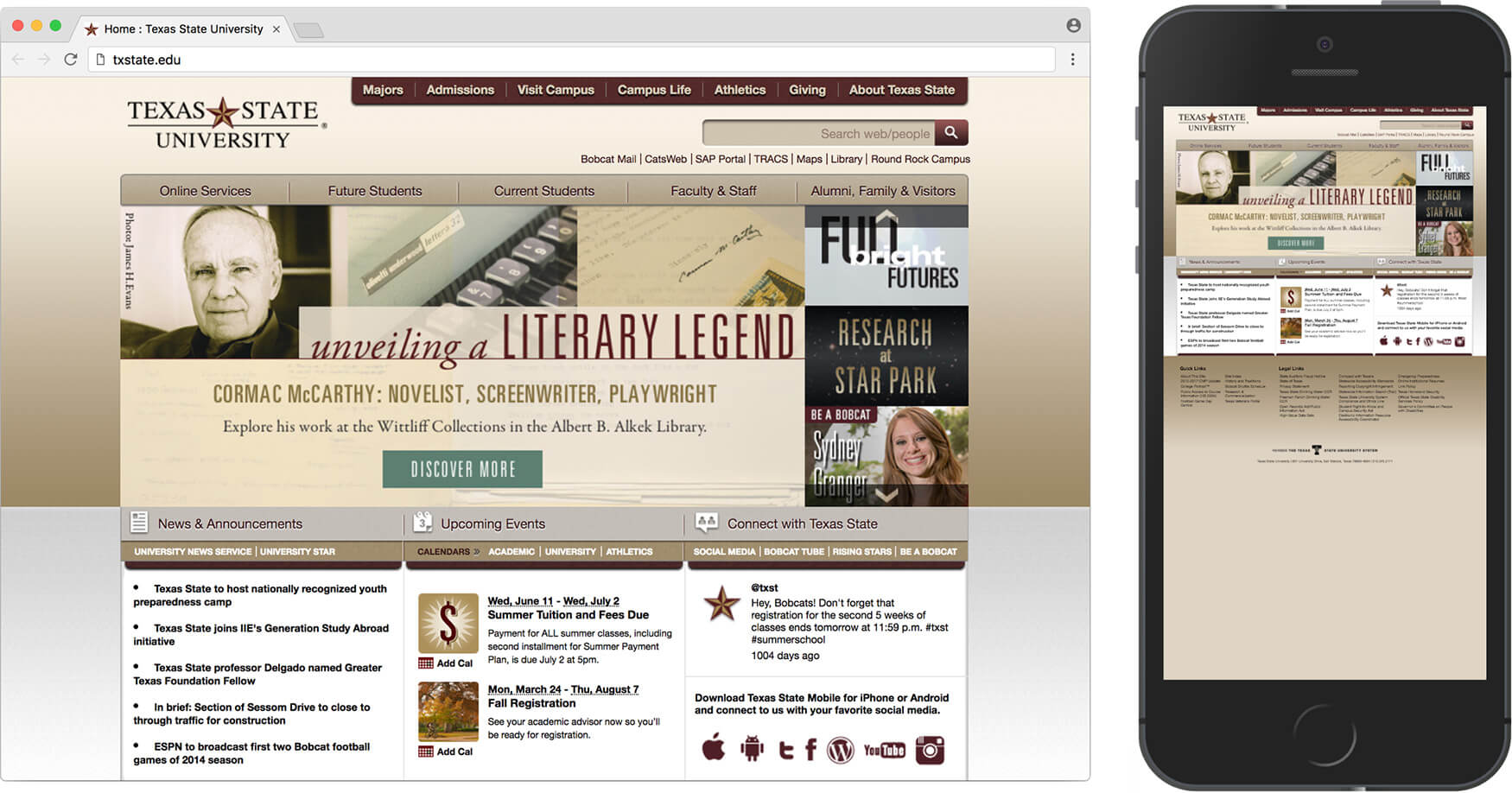 Before: The Texas State homepage in June 2014

This project closely followed the development of the university’s primary template and style guide, in which most brand elements and content patterns were intensively iterated upon and finalized. Much of the process involved applying these patterns to existing items, adapting content to a more-scrollable interface, and adding some key features to aid in recruitment and institutional politics.

Using Balsamiq gave me the opportunity to really push its limits as a tool, and to create some sophisticated mockups that resolved a majority of the design decisions quickly.

Wireframe with color and images added 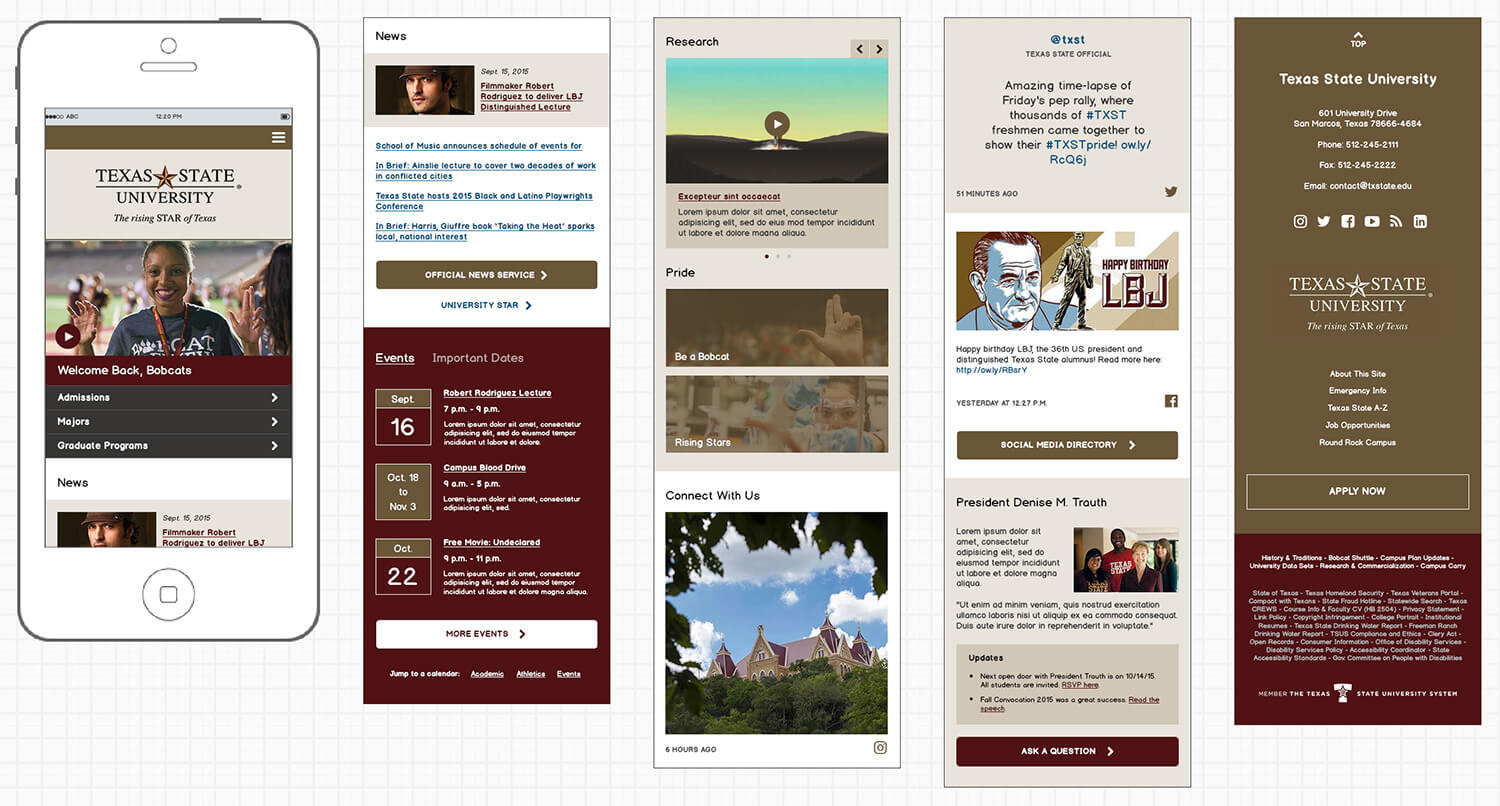 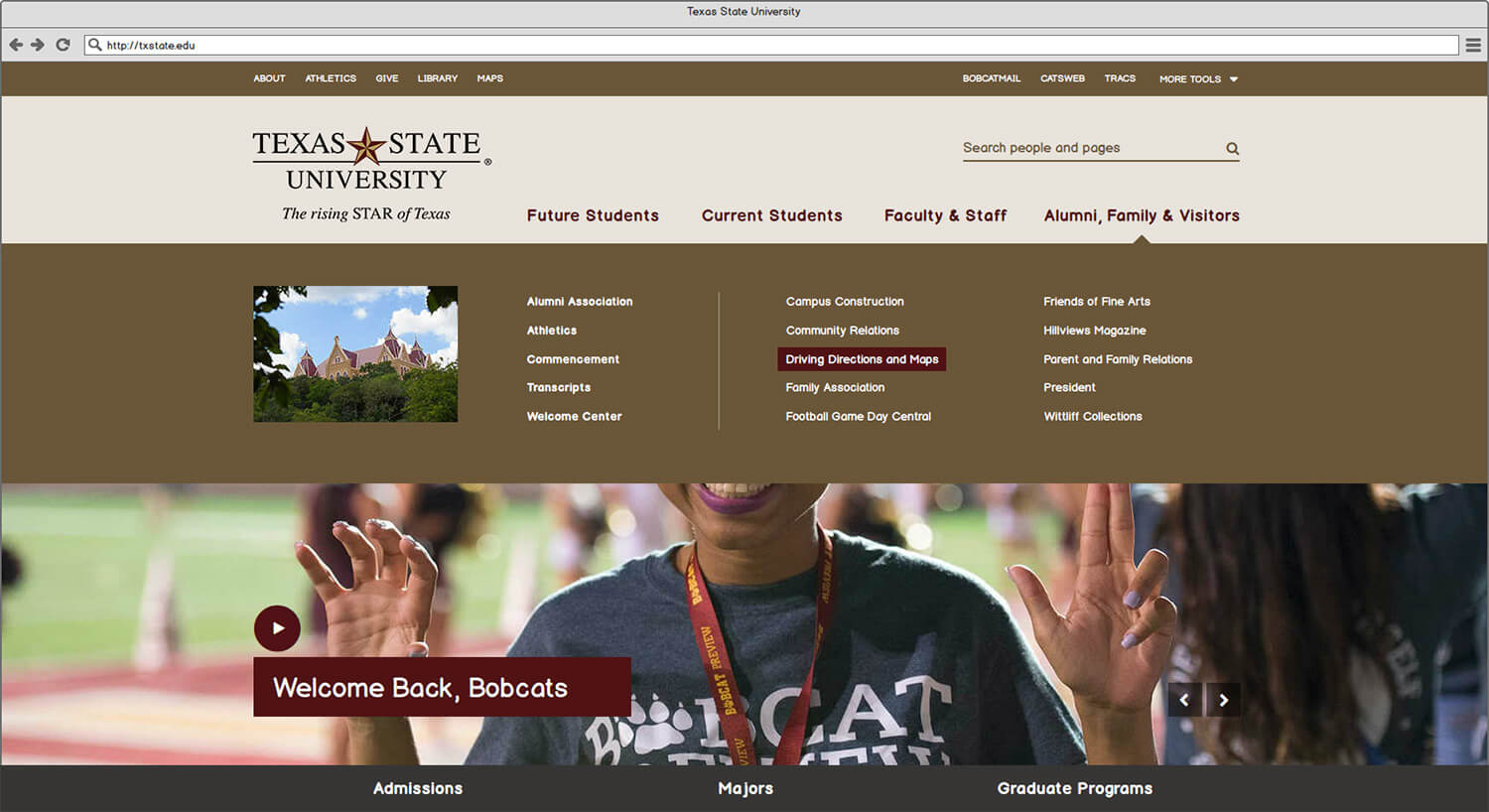 With the mockups as a fairly strict guide, the rest of the design came to life in a high fidelity, responsive prototype built on a Pure.css grid. I made choices about interactive effects as I built it, and approved it with stakeholders row-by-row. Overall the build took about a month of dedicated work, with 90% of the markup and styles making it into the final product. The source code is on GitHub.

We turned on the new site at the beginning of 2016, making some key improvements to site search and adding various performance enhancements in subsequent iterations. 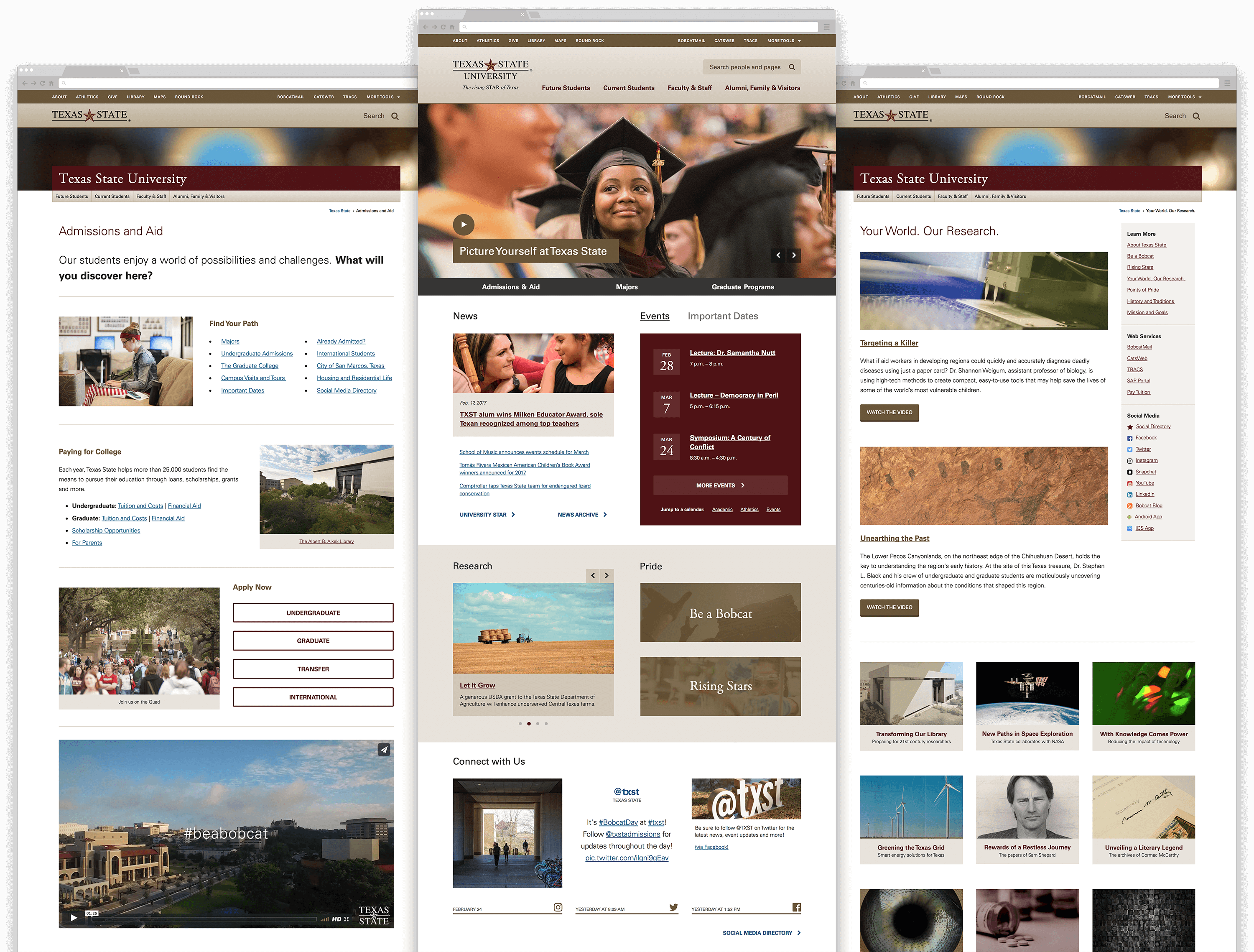 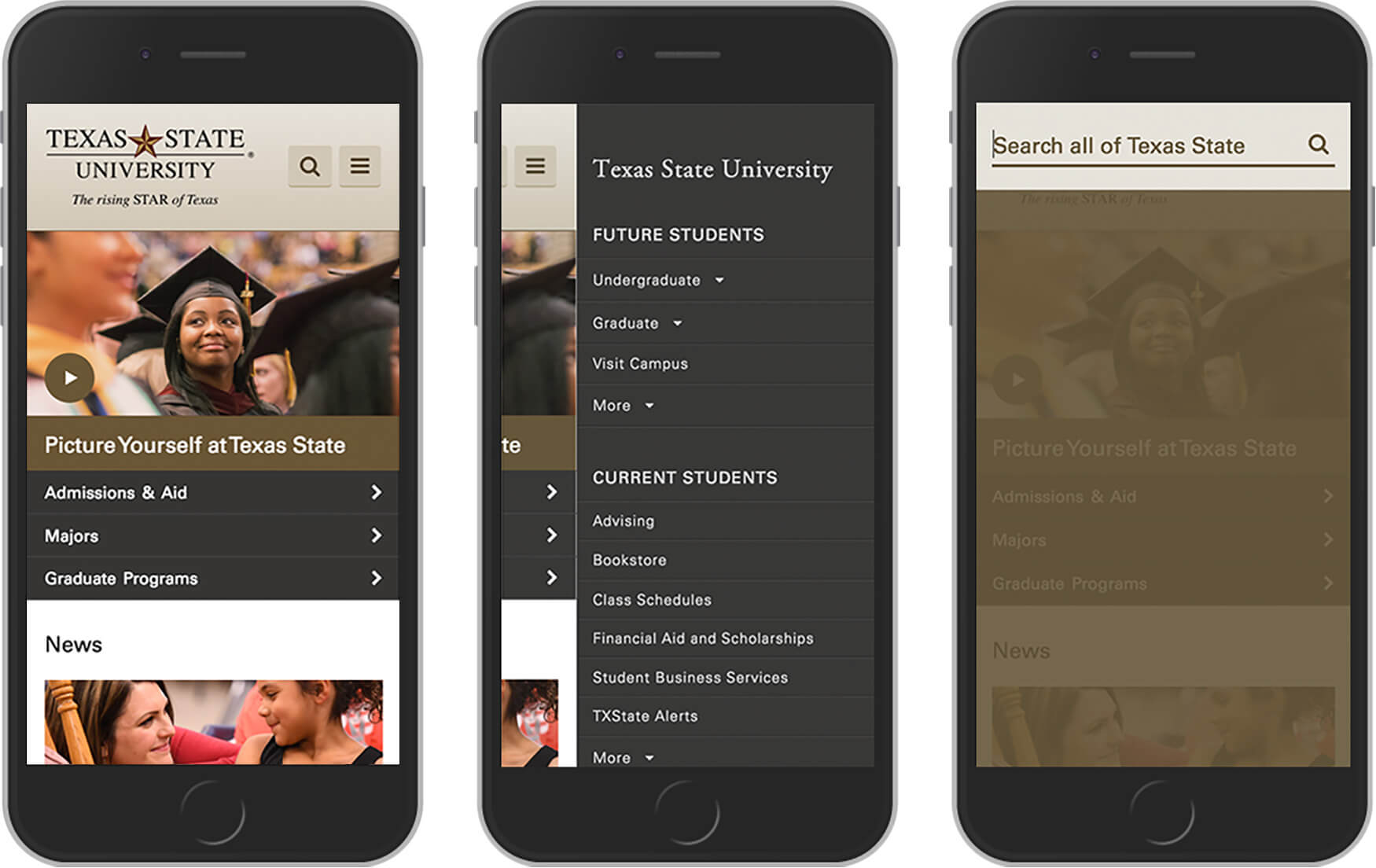 Full layout of the Texas State homepage in January 2017

Surveys indicated that approximately 35% of the Texas State community checked the university homepage to confirm details in an emergency. After comprehensively studying a couple dozen peer institutions, and researching the broader issues of designing for stress, I identified the following must-haves:

After testing several options, a consensus was reached with university police, the president’s cabinet, and several informal test groups. The live demo is on GitHub. 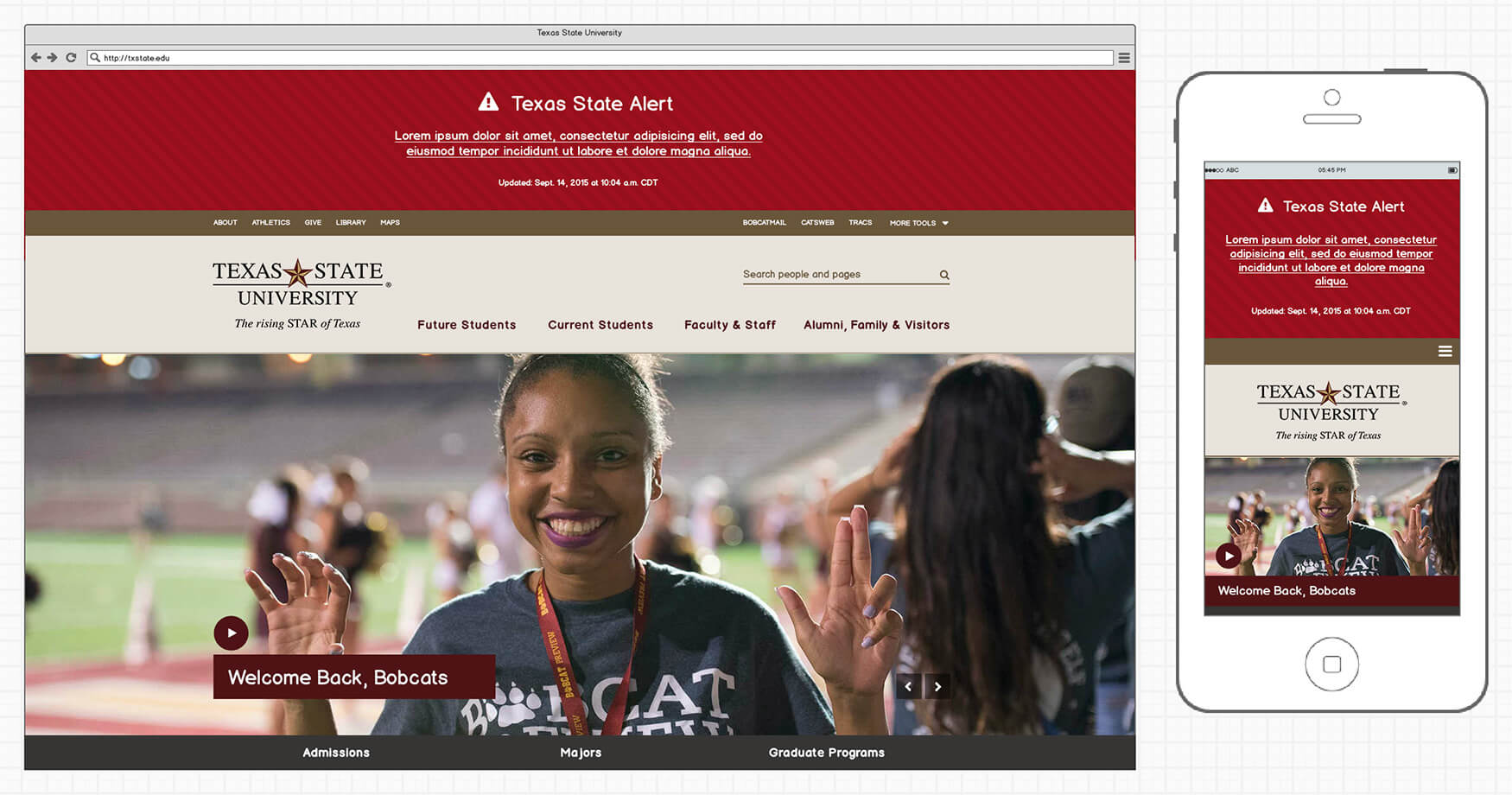 Nope. But everyone was really happy with the results. If I could change anything it would be: