The Texas State homepage, subpages, and many other websites and applications use elements of the brand system I created.

Texas State’s central marketing efforts matured during a time of heavy growth for the print medium in higher education. Web initiatives had few advocates, and were unable to attract resources or have their impact fully articulated to leadership. Recent name changes added confusion, and the brand was often called inconsistent, contentious, or underdeveloped. Most agreed it was print-centric and not sufficiently documented. 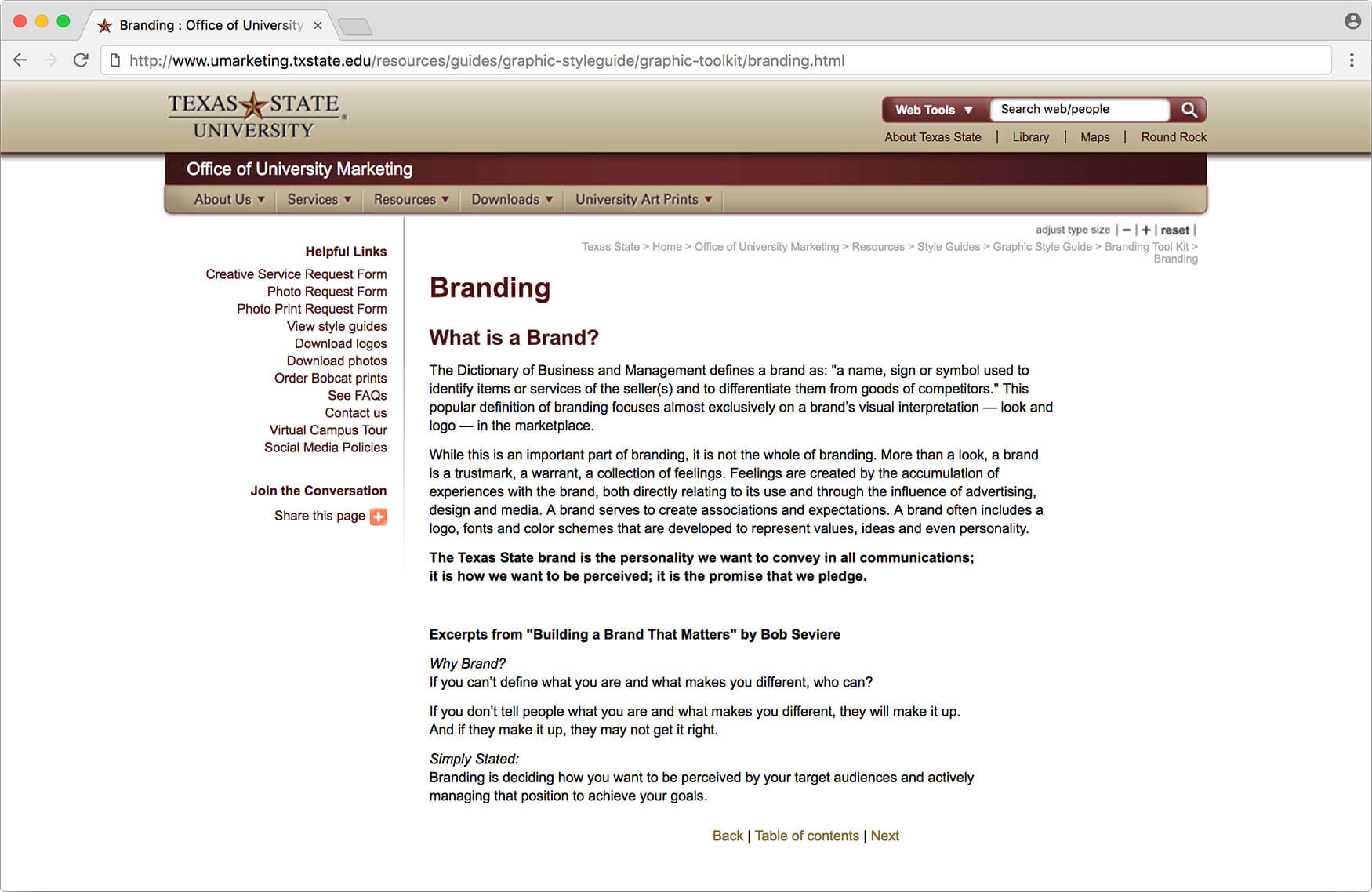 I organized the project into three broad phases:

I built a few demos to see how the colors, logos, and type behaved visually on the screen. Later I calculated the contrast of existing colors and thoughtfully altered, discarded, or added colors to the palette. Print designers regularly worked with over 20 weights of Univers and used Garamond, Garamond Premier, and Adobe Garamond interchangeably. Favoring simplicity, I narrowed this down to a manageable selection. 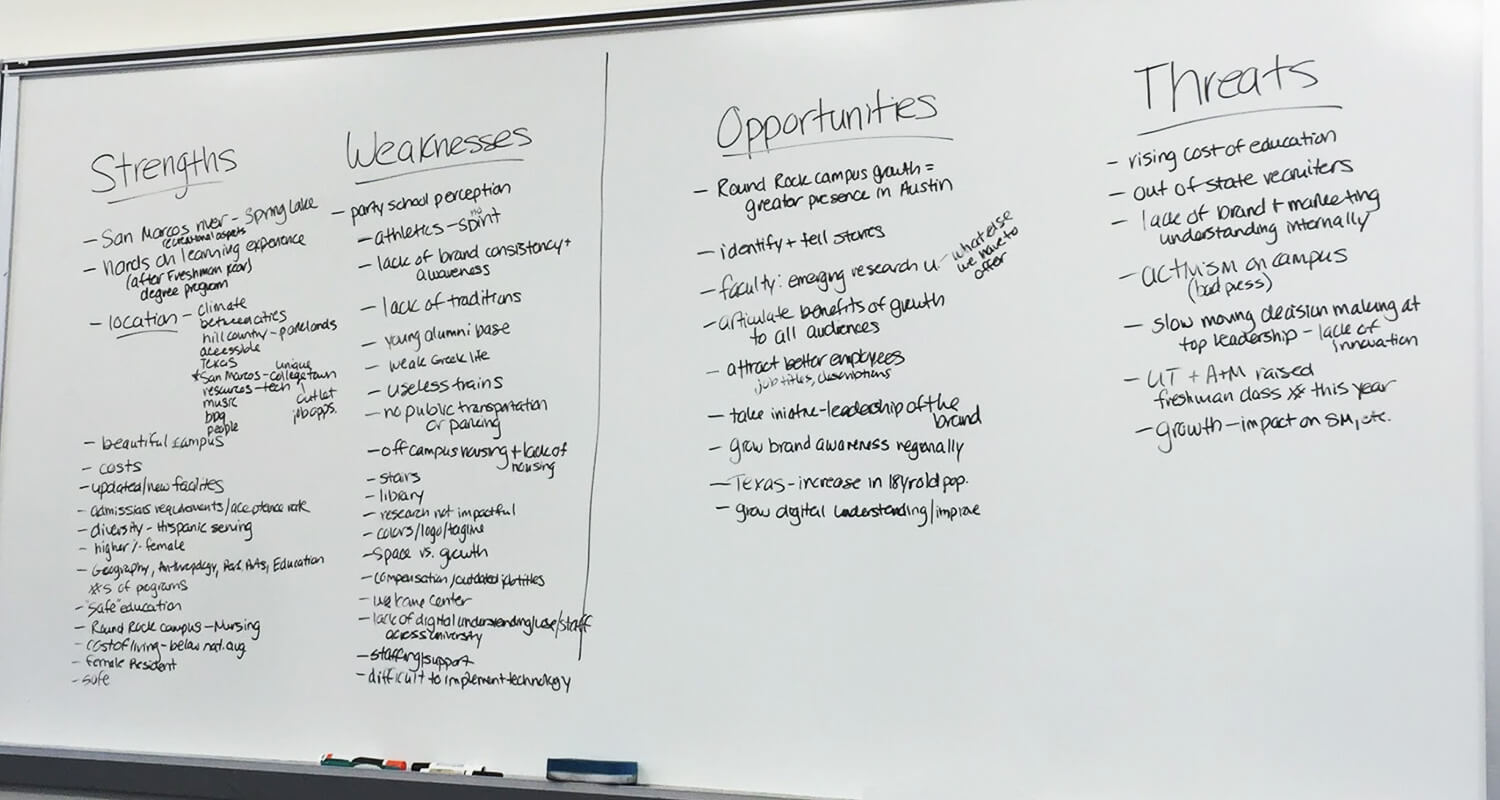 Results of a brand brainstorming session 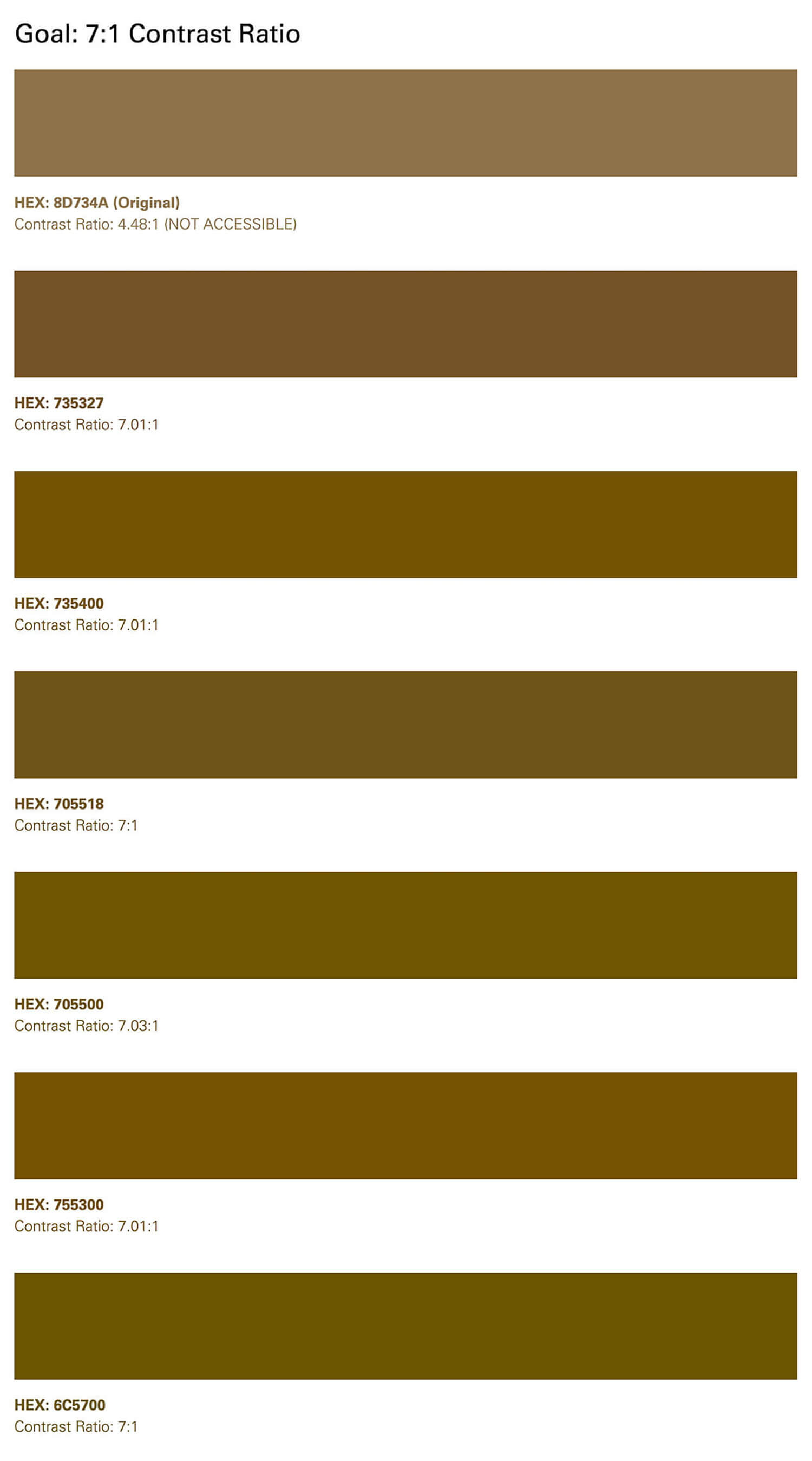 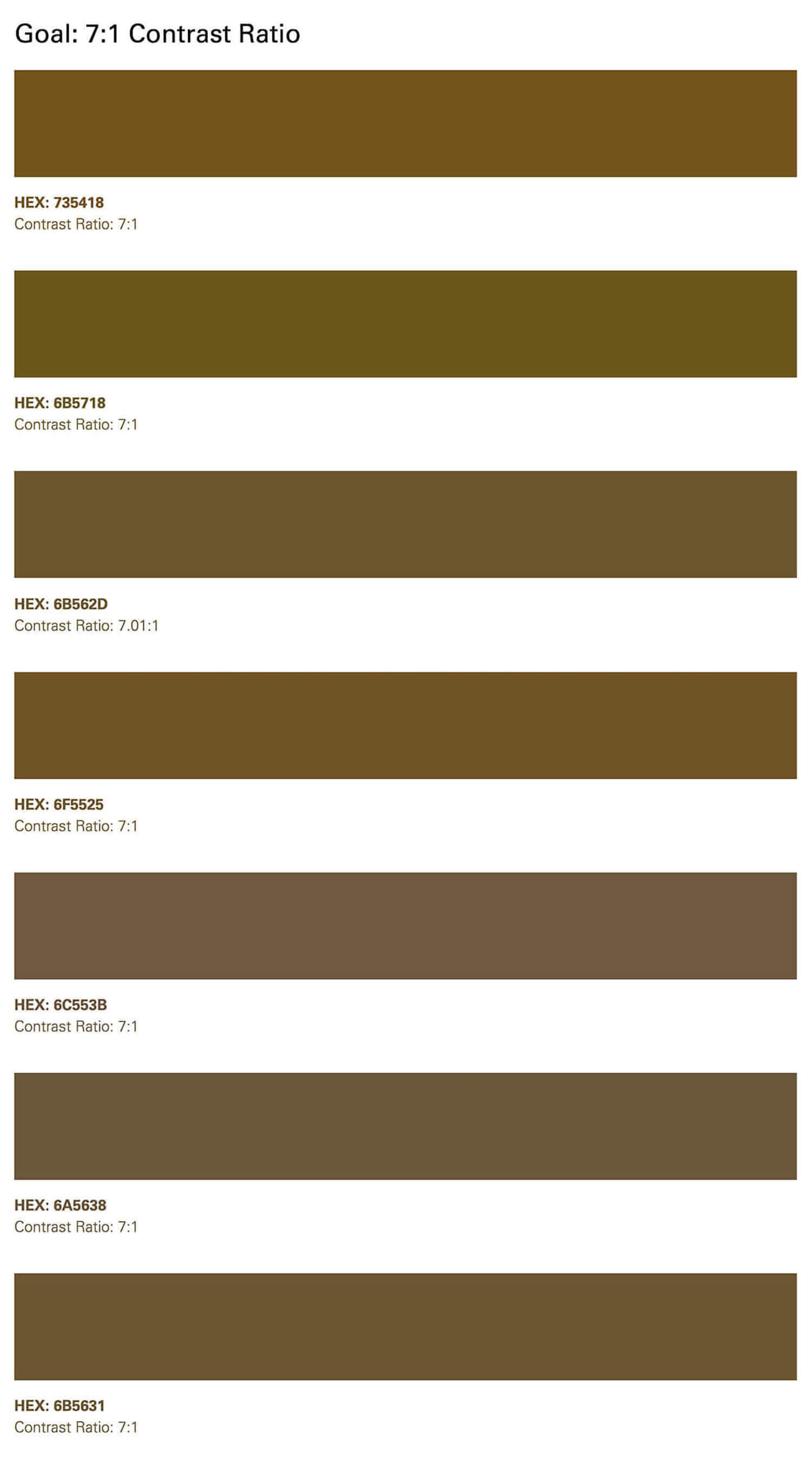 Swatches to assist in selecting an accessible primary gold color

The digital brand really gained sophistication during the Texas State primary template project, which gave me the opportunity to solicit community feedback and apply styles to living content components. Other major projects, like the Texas State jobs portal and official mobile app, have brought the digital brand to life since releasing it. 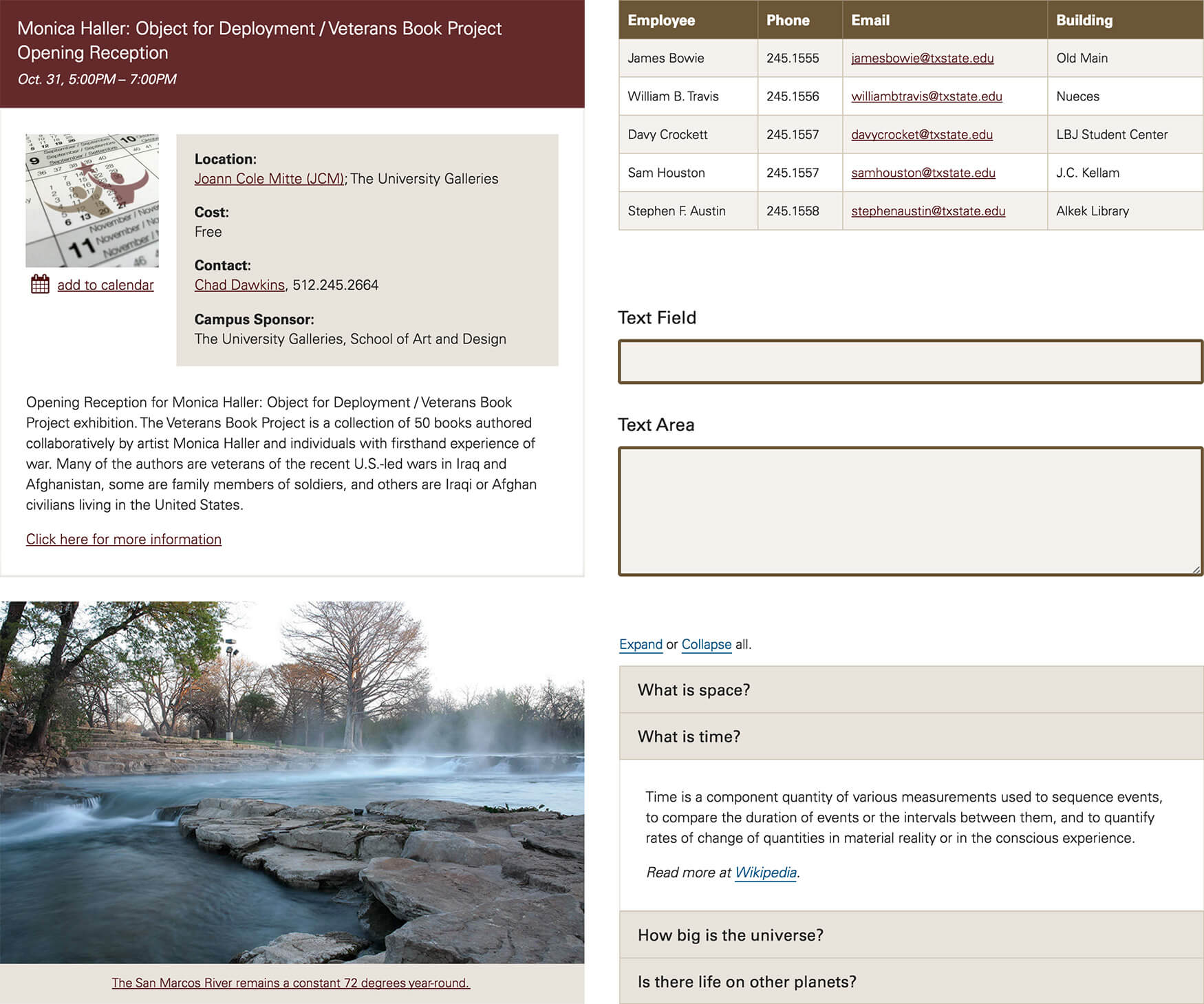 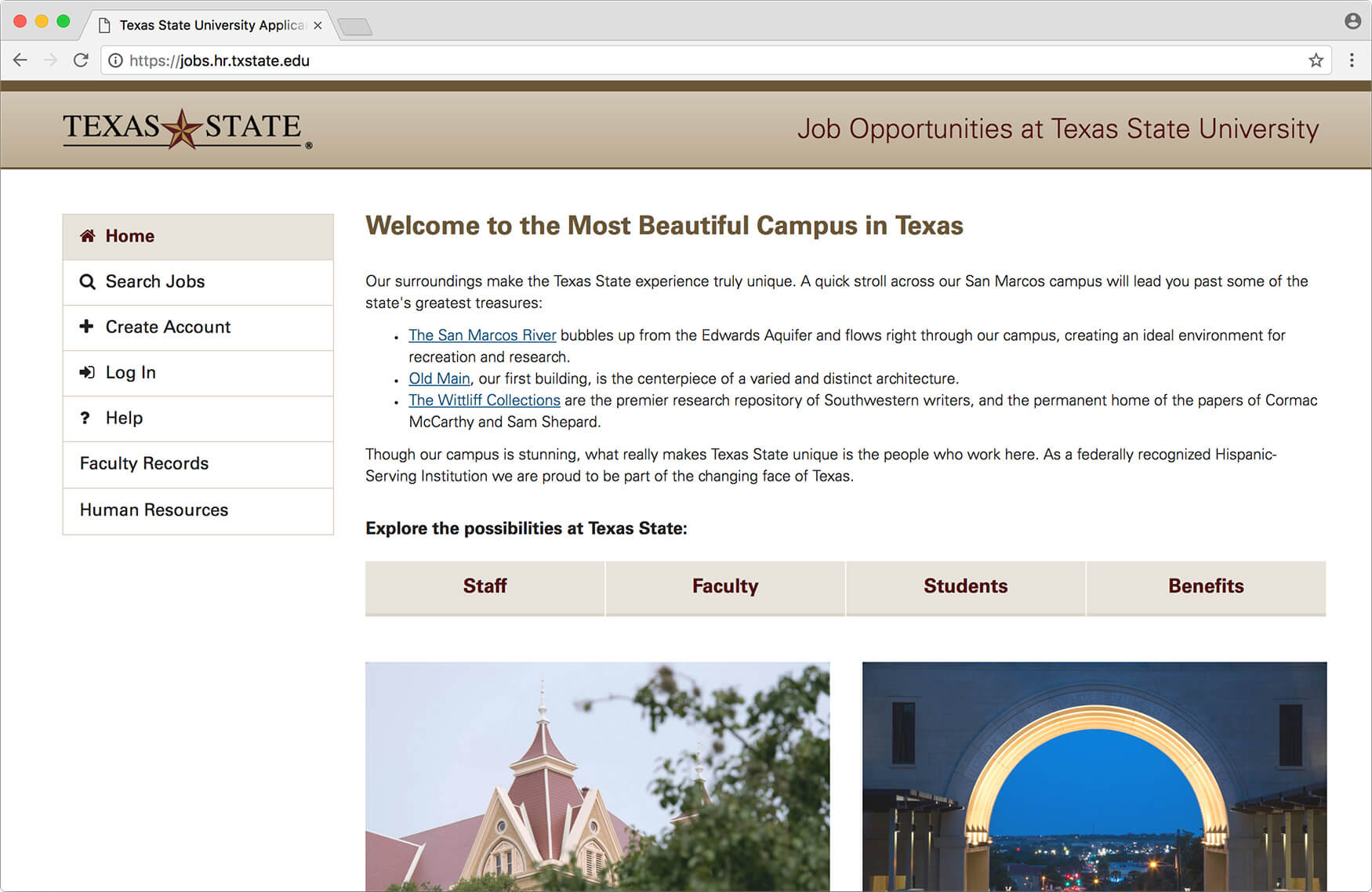 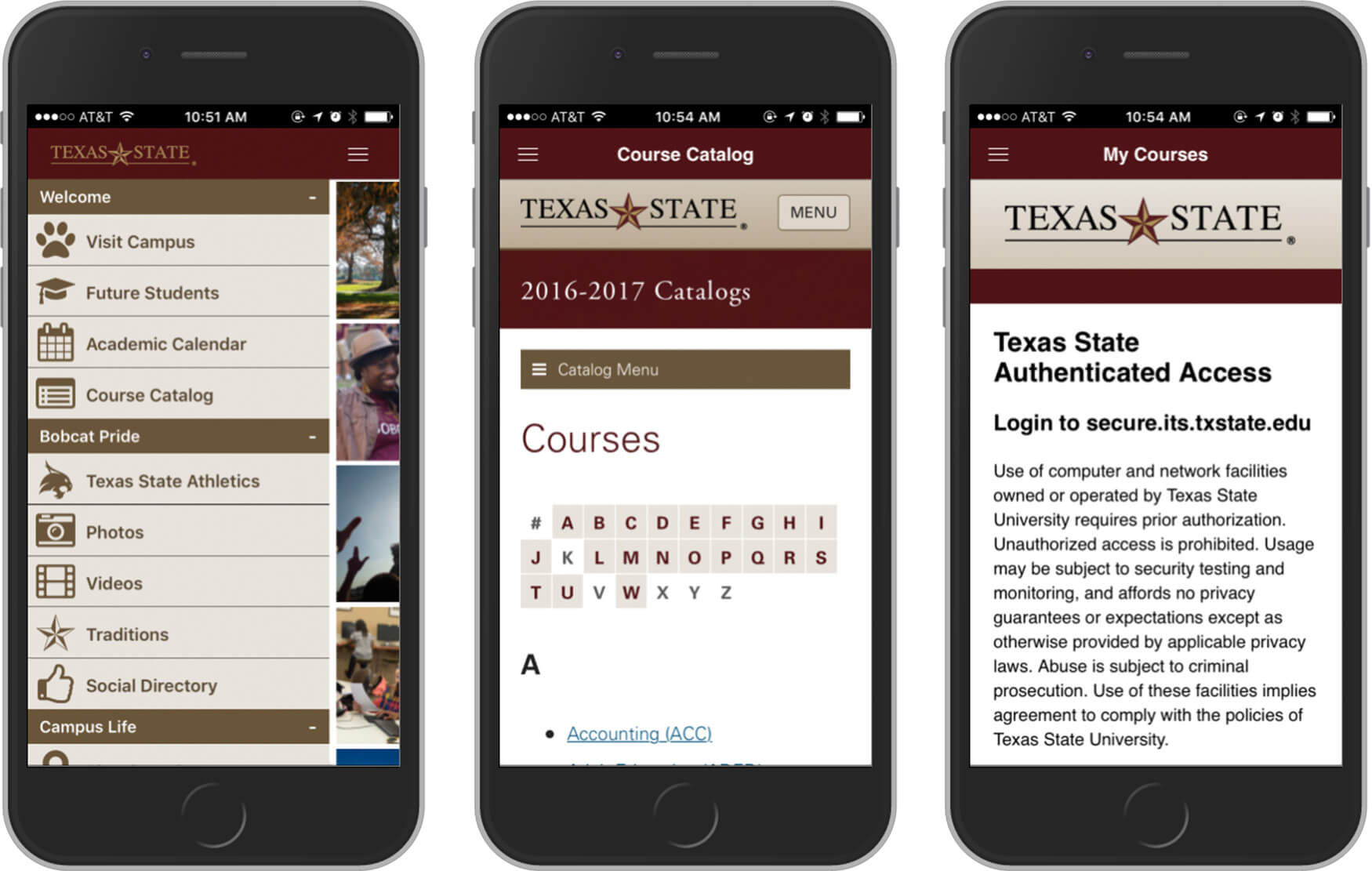 I wanted to document our brand strategy to keep products consistent and to give a sense of pride and confidence to digital publishers and vendors. In addition to my strategic contributions, I also organized and wrote most of the copy on the site. The Texas State style guide was made public, as we considered it a contribution to the higher ed tech and style guide communities that inspired parts of the project. 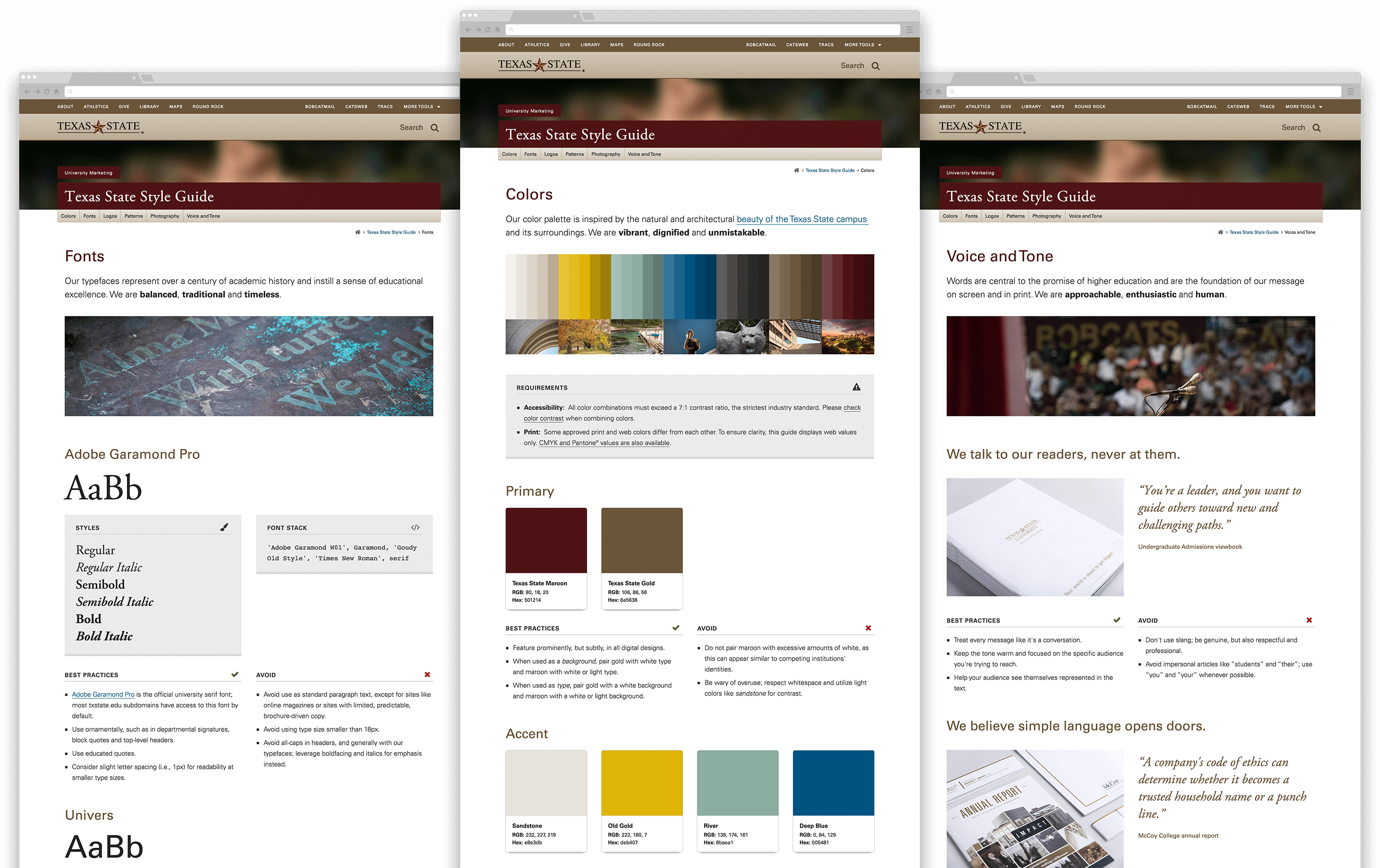 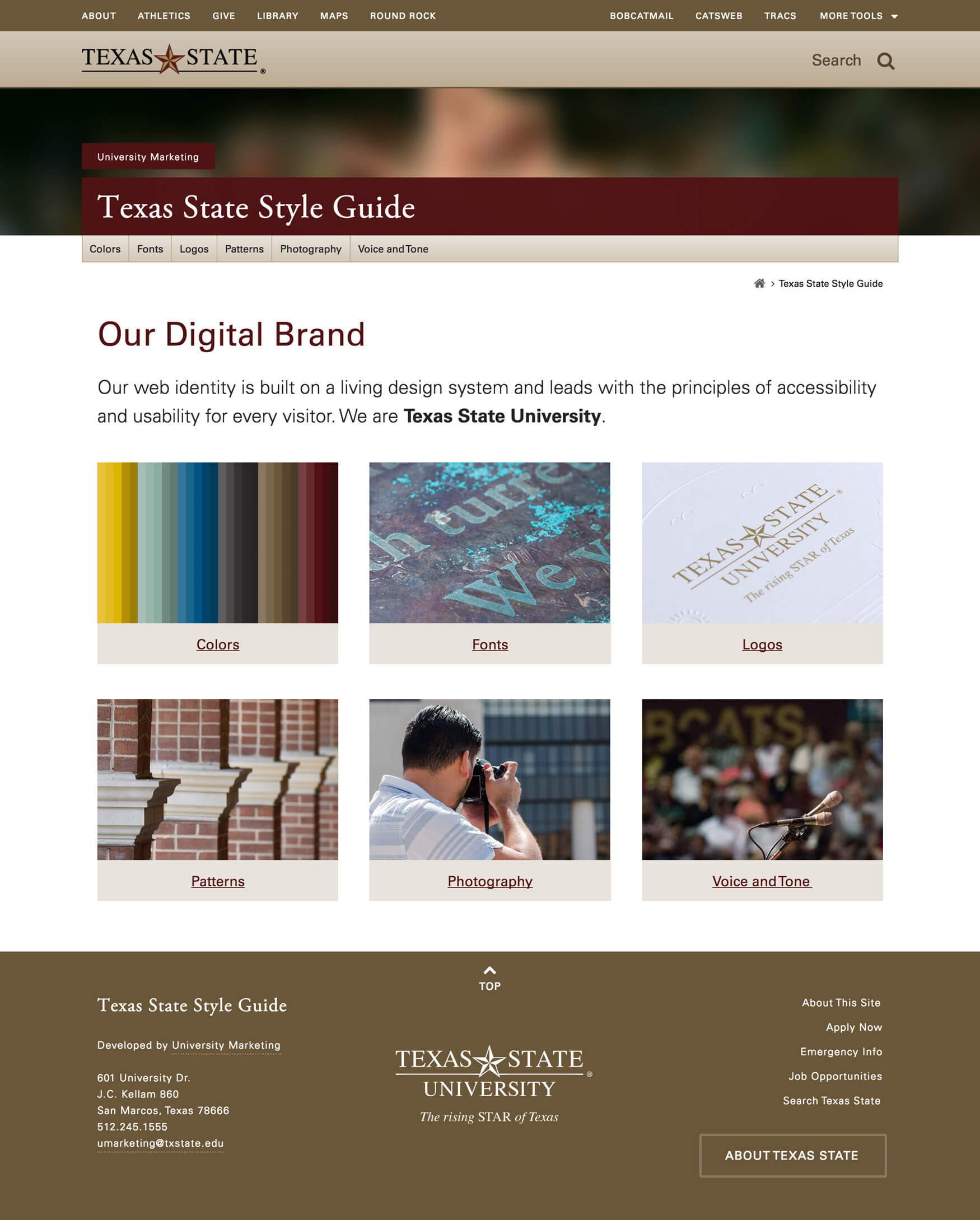 I wanted designers to have a robust variety of tints and shades for things like shadows, gradients, and other design subtleties. The university didn’t have any approved tints or a reproducible method for deriving them, so I developed a system for this and later produced an open-source color generator that mimicked my process.

Tints and shades were derived systematically

The university’s CMS lacked a button component until recently, so content editors either went without or crafted them in Photoshop (which was inconsistent and kind of an odd necessity). In response, I designed a set of customizable buttons made with HTML and CSS, and featuring some fun interactions. They were released with the Texas State primary template in 2016 and are a major feature of the digital brand.

Example of homemade buttons in the old CMS template

Yes! JK, no. Based on the current position of the university regarding digital priorities, I couldn’t have asked for better. But if I could change anything it would be: